Why You Are the Success Definition 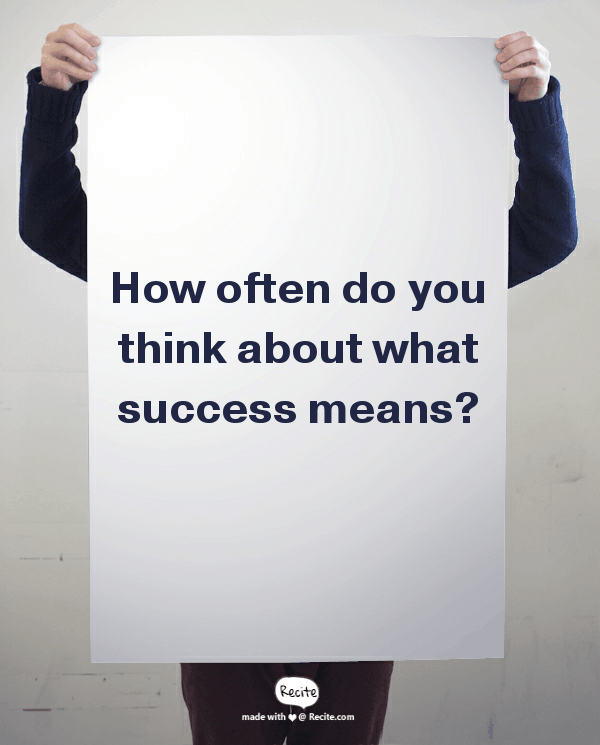 Most of us say we want success.  In fact, we may spend our whole lives striving for it. We want our kids to experience it, and we want others to perceive us as the embodiment of it.

But success is a subjective term that few of us take the time to define before we pursue it. More importantly, it’s a very fluid and constantly evolving concept within the course of our lives.

The dictionary’s definition of success demonstrates the complexity. The primary definition is: “The favorable or prosperous termination of attempts or endeavors; the accomplishment of one’s goals.” But read further, and even the dictionary mentions that success has a direct relationship to the obsolete.

Most people who have an eye on success and achievement regularly set goals. It establishes a sense of focus, of forward trajectory. A path. But how often do we think about whether we’re still following the right plan for us, based on our personal definition of what success means, in the here and now?

When we lack something, we often think that we can satisfy the need by making some kind of external change: If I’m someone that hates my job, I may try to solve that by finding a new one. I may make significantly more money, or earn prestige on my resume in the process. By society’s definitions, my move was a success.  But two years later, I may be just as miserable as before. Why?

Because I didn’t define what success really meant in the here and now, to me.

I solved the wrong problem.

I recently wrote an article called “10 Tough Job Lessons Worth Learning By Age 30.” I’m not ashamed to admit that at least two of these things happened to me. (I’ll leave it to you to figure out which ones).

Indeed, the career lessons were valuable. They ultimately led me to realize that what I thought I was success (making money), wasn’t what I wanted at all. Perhaps more accurately, at some point it was—but then it shape-shifted. I grew and changed as a person. My idea of success evolved in tandem.

Ironically, one of my professional dreams has long been to work at a major financial publication like Kiplinger or Money magazine. Thanks to these tough lessons I wrote about, my name is now in the byline of Money magazine. Mission accomplished.

But reaching success signals that it’s time to check in. Sure, I can keep pursuing the same goal, but in all likelihood, it’s not going to be as personally meaningful the second or third time around.

So what’s my new idea of success, based on my definition of it, right now?

If you do one thing today, check in with your definition of success. Not your neighbor’s. Not your parents. Not your spouse’s. Yours.