This Is the Real Key to Your Financial Well Being (Hint: It’s Not a Number) 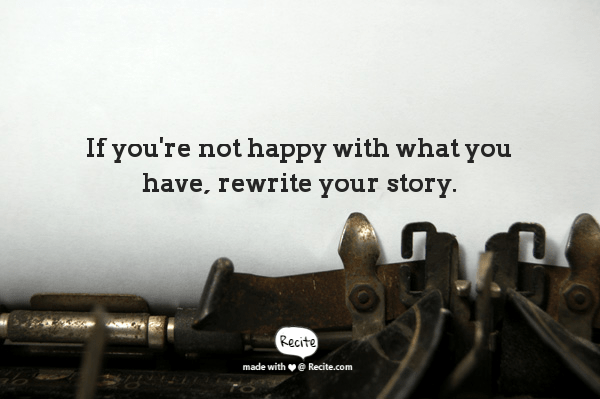 How’s your financial well being? I don’t mean the amount of money you make, what you own, what you owe, or what you’ve saved for retirement. I mean how “well” you feel about it.  As scientific studies conducted at the University of Southern California show, you’ve got far more power over whatever your degree of financial well being at this moment–and throughout your life–than you may think. It all comes down to the gap (or lack thereof) between your aspirations (what you really want), and your attainment (what you get). Here’s a look at why what you “want” in life–material or otherwise–is the real driver for your financial well being.

Much is made about keeping up with the Jones’s, but the fact of the matter is, it’s a false story. Competition is something you choose to enter into, or completely decline. The “Jones” aren’t real. They’re you. They’re what you want in life, and what you strive to achieve. They don’t set the bar for success. You do. If you’re not happy with what you have, it’s completely within your control to rewrite your list of wants, and reset the bar.

Consider this:  You may want to drive a Mercedes while I’m perfectly happy with a used Accord. My goal is easier to attain,  in theory. I’ll probably reach it sooner than you –and with less effort. In scientific terms, once I have my accord, I’ll have narrowed the gap between aspiration, and attainment. As a result, I’ll feel happier with my life. I’ll probably be more likely to keep moving forward and feeling confident, instead of feeling stuck by a long list of things I want, and don’t have. The same theory explains why some people can make any amount of money and remain miserable, while others are perfectly content to live modestly.

Financial well being isn’t about the amount of money you have or the amount of your assets or debts. It’s determined by the amount you think you need to have in order to feel complete. But you don’t have to take it from me. Take it from longitudinal scientific studies that have revealed consistent results, across several decades, and despite changes income, buying power and the health of the economy.

The Roper Studies involved the collection of national attitudinal data from the 1970’s to the early 2000’s. The questionnaires measured respondent attitudes to family, money and other aspects of what they considered part of “the good life.” The list of 25 “good life” items asked study respondents to select which  they had—things like owning a home, having a vacation home, owning luxury cars or nice clothes, having a lot of money, having  kids, a four day work week, and a happy marriage. Then, it compared the respondent’s “wants” for the good life, to the degree they’d attained the aspects of they valued.

The data revealed some important findings, about gender, happiness, and money.  Women, as it turns out, tend to be happier with their lives in their younger years. This may be explained by any number of things, including that women tend to want marriage earlier in life than men–and that most marriages are happier in their beginning than their end. Women may also feel less financial pressure to earn alot of money, and drive nice cars earlier in life, compared to men. The spread between aspiration and attainment is narrower for women. But that all changes as men grow older. They are more likely to report having attained “the good life” items they value– while women are less likely to report having them.  This may be attributed to any number of things: Divorce rates tend to be higher later in life and the cause of financial strain for women.  Women’s finances may suffer from gender pay gaps, or the “mommy penalty” for taking a break from the work force to raise children. Whatever the reason, they tend to want more than they feel they have as the years progress.

Though that picture may seem bleak, it’s got a powerful take away: You have more control over your happiness—and financial well being—than you may believe. It starts with defining your “wants” for the good life, acknowledging what you’ve achieved and haven’t, and taking a close look at if what you thought you wanted the last time you created that list still applies. If it doesn’t, it’s time to rewrite the story of your own good life.