How the Right Friends Can Make You Rich 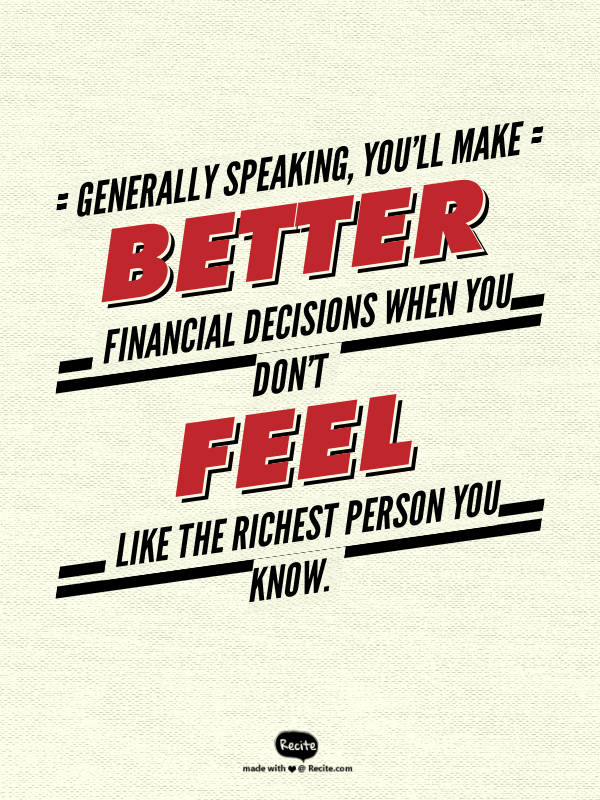 There’s a belief that you become a blended version of the five people you interact with most. But did you know there’s scientific proof that having the right friends can make you rich? Here are some subtle ways the company keep can either build or bust your bank account.

Surface friends can cause you to overspend. In a study called “Social Exclusion Causes People to Use Money Strategically in the Service of Affiliation” published in the Journal of Consumer Research researchers found that people who feel they belong make the same financial choices in a group setting as they do alone.

The study confirmed what most of us know about peer pressure. If you don’t feel accepted with people you hang out with, you’re more likely to take on their tendencies to fit in. So that pricey dinner you can’t really afford or designer bag most people in the group own is more likely to end up on your credit card statement when you don’t feel you’re among real friends. It’s a basic desire to belong. But it can bust your budget if you’ve got spendy surface friends.

If you’re trying to dig out of debt or be a little more selective with where you spend, now’s probably not the time to get together with people you just met (unless they manage their money in a way you aspire to do).

Friends with interest and hobbies are better for your wallet. If you can choose between a friend who loves to shop, or loves to run, pick the runner. Not because hobbies and activities don’t involve costs. Because people who fill their time in ways that don’t inherently involve spending have a positive impact on your sense of happiness and fulfillment. In turn, you’re less likely to spend to fill a void. (If you don’t believe me, feel free to read how I got out of a heap of debt training for my first marathon).

Broke buddies keep you broke.  It’s easier to change your behavior when you’re surrounded by like-minded people. But people don’t have to be physically close to you to have influence–good, and bad.

Back in 2007, The New England Journal of Medicine reported that obesity was “contagious” among friends–including those who interacted only on social media. Researchers determined it’s because social acceptance of any kind helps us justify choices. So if you have a network that approves of your bad behavior (even Facebook friends you haven’t seen in two decades) the less likely you’ll be to change.

But that same social influence can help you make positive changes, too. If you’re trying to save more money or want to get serious about investing, join an online community of personal finance enthusiasts, or a money club.  You’ll have positive role models that will help you stick to your goals, and you’ll pick up new knowledge. That can make you feel more empowered to tackle money woes head on.

Pretend you’re the poor friend to build wealth.  What it means to be rich” or “poor” is subjective, and fluid. What made you feel wealthy in your teens is totally different than what makes you wealthy when you’re 40. But no matter your age or life stage, you’re likely to gauge wealth or poverty based on the company you keep and where you stand financially relative to them.

There’s a theory called “the house money effect” that explains why people make riskier choices when they’re playing with money they perceive as “fun money”. (Hence, the term house money). Its why gamblers keep betting, even when the odds indicate it’s wiser to walk away. It’s why people who make money in the stock market start to take on more risk, or spend more lavishly. It’s also why you spend more when you make more money.

To that effect, if you perceive yourself as one of the richer people you know, it’s also likely that you’ll throw money around more foolishly. Relative to them, you’ve got play money (even if you really don’t).

By all means, strive to be the richest person you know. Just pretend you’re not.